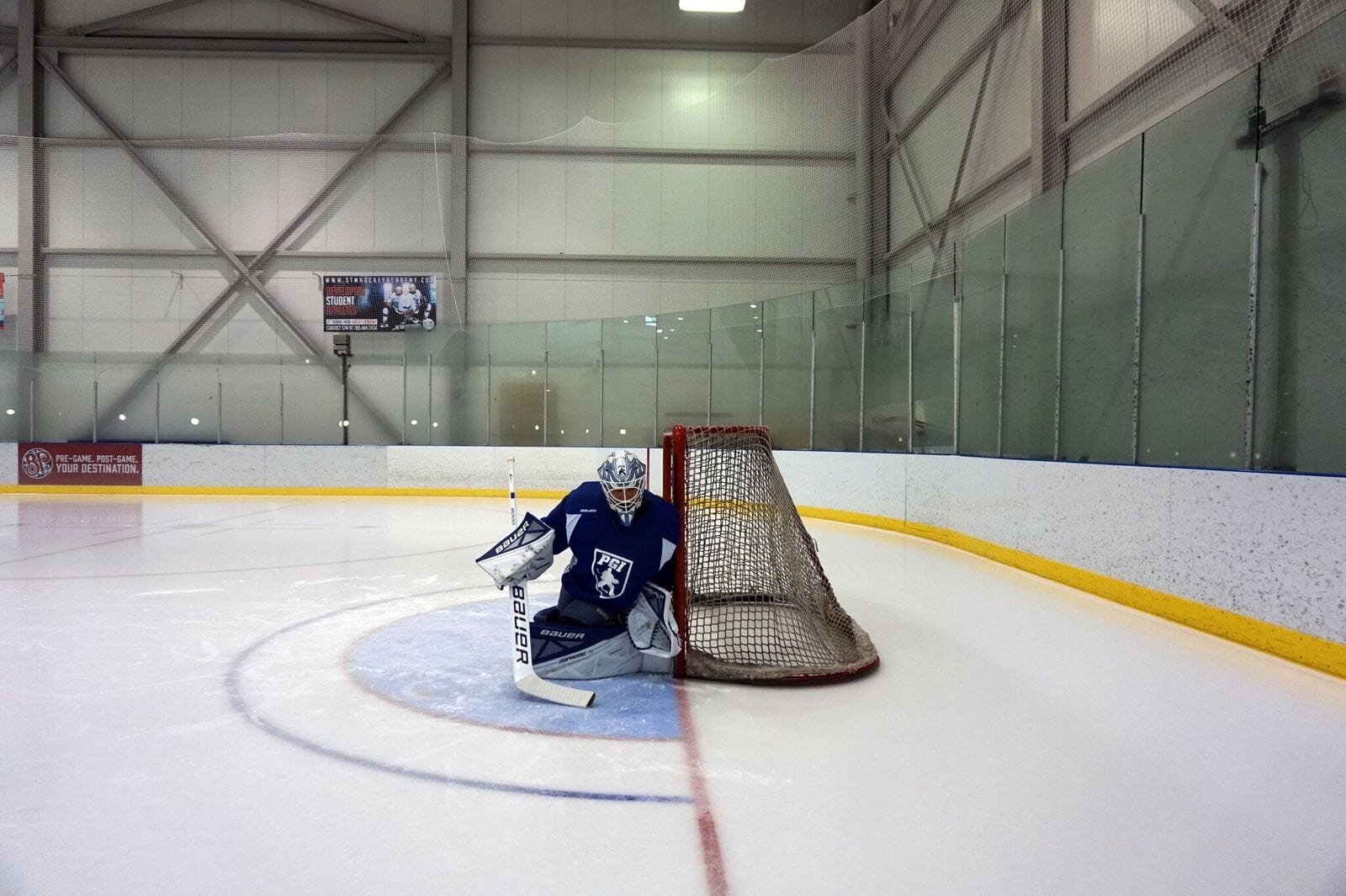 The position of goaltending is very simple from the outside looking in but has its complex nuances. When coaches take into account the speed and tactical nature of high-level hockey, goaltending becomes much more about integrating the roles of the conscious and subconscious mind. While the goalie’s conscious mind reads the play and adapts to quickly changing scenarios around them, their body has the subconscious ability to respond quickly, with fluidity without much processing power, based on years of practice. We as coaches, should aim to provide goaltenders with quick and easily accessible mental guidelines for playing different scenarios.

In recent years, goalies and coaches have adapted their save selection inventory to respond to tight angle shots, as well as those with a centering pass or wrap-around option. It is for this reason, that shooters have begun to exploit these save set-ups and each goaltender’s misusage of them. Part One of this series will examine the mechanics and body posture as well as provide a simple drill that goaltenders can use in the crease to improve moving into and recovering from these save executions. The main focus in this article is post integration or ‘post seal’ with the entire body while maintaining good balance and active hands and stick.

Let’s first look at each term followed by the body postures themselves.

There is some debate regarding when the following save selections were first invented and by whom. That being said, I will start with one technique known as Vertical Horizontal or VH.

VH – This refers to the ‘post leg’, the pad closest to the post, being in an upright or vertical position while the inside leg is flat on the ice.

As Part One only examines this from a mechanical standpoint, I will break down the posture itself. The post leg is tight to the post and the glove arm can either be down, known as ‘dead arm’, or the glove hand can be up on their knee with the elbow bent and glove pocket protecting the top corner of the net. The blocker is flat, as well as the blade of the stick, and both are facing the shot. Without compromising the goalie’s balance, I instruct goaltenders to keep their shoulders a little bit forward towards the puck. This helps bring their vision capabilities overtop of the puck and promotes rebounds off the chest and shoulders down at the goalie’s feet where they can better gather the puck. It is important to note that this save selection has this negative side of causing rebounds often because a goalie’s body is committed in a rigid and stiff position. Nevertheless, goalies use this save selection sparingly, but in the right moments, it can really pay off. More on that in Part Two.

On the opposite side, the blocker arm is in front of the post and again a goalie’s balance is evenly spread on their post side leg and inside knee. The glove hand is facing the puck and actively ready to cut off a centering pass.

The other commonly used technique is referred to as Reverse Vertical/Horizontal or RVH.

RVH – Here the post side leg is flush on the ice while the inside leg may have a slight angle or be flat as well (see below). Naming convention can vary as this save selection can also be referred to as Post Leg Down and was brought into the coaching mainstream by LA Kings goalie Jonathan Quick.

With RVH, an important distinction is made as to where a goalie connects their skate blade or leg to the post and how they position their gloves.

I will break this down by starting with where the goalie connects their skate and leg to the post. Here goalies have three options: skate blade to post; toe bridge to the post (this is where the toe laces meet the skate boot); and finally, where the ankle meets the post.

Coaches should allow the goaltender time to review each foot/leg position and consider developing off ice hip flexibility programs so the goalie is able to incorporate all of them for the right situation. More on that in Part Two.

On the glove side, a goalie has two options for glove placement, but one thing is certain: they must ‘seal’ the post. This is done by keeping the arm outside of the net with either the glove on the ice or resting on top of the pad. Coaches should once again instruct that the chest is forward and blocker is facing the shot. A goalie has two options for their stick blade to either cut off the pass or cover the five-hole if the pass is made.

On the blocker side, similar to the glove, the blocker can be on the ice or resting above the pad, as long as the post is perfectly sealed. On the blocker side, a goalie can extend their stick paddle to cut off the pass provided a goalie does not lean too far forward beyond their hip flexion. The glove hand is active and chin is down facing the puck’s upward trajectory. In Part Two, I will discuss when to use these variations.

Post Overlap – The final option for tight angle goals is called the post overlap. Using a narrow butterfly, here a goalie is positioned slightly in front of the post with their outside foot slightly overlapping the goal line. This way a goalie can protect the net on the short side by leaning slightly over the hip and have the best possible rebound control. In Part Two, I will examining the situations when a goalie should use this save selection.

In Part Two, I will break down the defensive zone from the goaltender’s perspective while providing some simple guidelines for when to use each save selection. Coaches should allow development time for goalies to attempt and refine these save selections before approaching mastery in their game play. Younger goalies will struggle with VH and often overuse RVH however these are tools for their goaltending toolbox respectfully.

Cody Osborne is currently a Coach at Precision Goalie Institute.
When creating and editing your profile, please use Chrome browser to ensure the best experience. Accept Get Chrome
Browser Capabilities
Necessary Always Enabled